The Tibet of South America

There is a place on the verge of Bolivia, Chile, Argentina and Peru, that is known under variety of names. For some, this is a Tibet of South America, because it´s the world´s second largest mountain plateau after Tibet. Dry and overwhelming. In Spanish speaking world, this is Altiplano, so literally a „high flat”, mostly known for Salar de Uyuni – a vast field of pure salt that used to be a sea. In Bolivia only, this place probably has more than 36 names – because that´s a number of official languages here, inlcuding Aymara and Quechua. For me, Altiplano is like I would imagine a surface of Mars – rocks, sands, distant mountains in unwordly colours… with some small exception – minus 4 x 4 jeeps filled with Brasilians, Uruguayans and Poles having fun together!

This time we´re writing in English, because we´ve just had a great 3 days around Salar with an advanturous international crew.
@ new friends in Montevideo, San Paulo and Brasilia and other remote places which names I can´t rember – as soon as you sort out these hundreds of pictures we took together, let us know! Or if you wish to pop up for a bowl of Polish pierogi (unbelievable some of you already mentioned it) – just feel invited to Poland!

Altiplano in a nutshell: we took the route from San Pedro in Chile to Uyuni in Bolivia. The first day was about grey geisers, greenish hot springs, red and blue lagunas with pink flamingos and interestingly, trying to sleep through the night at 4200 m in a cold bunkhouse without a proper acclimatisation. The second day was about fighting the need to sleep, getting used to moon-like mountains, more lagunas and more flamingos and looking forward to Felix (our driver and papá for the time being) to pull a lunch of rice, tuna, tomatoes and cola. The third day was about waking up at 5 (thank you, Danielle!) for the sunrise in the Salar de Uyuni and visiting the unthinkable island of cactuses in the middle of the sea of salt.

A great moment happened unexpectedly in the Salar in a place with flags of various countries on a display. You can be suprised looking at the photos, how come there was also a Polish flag among just few flags from South America. The thing is, there wasn´t one – it´s just that our new friends from Brazil first checked how Polish flag looks like, and then they just perfectly folded the flag of another country to get the perfect red and white of Poland! It felt special to be there and to celebrate all of our countries, in this remote, rocky and cold corner of the planet. 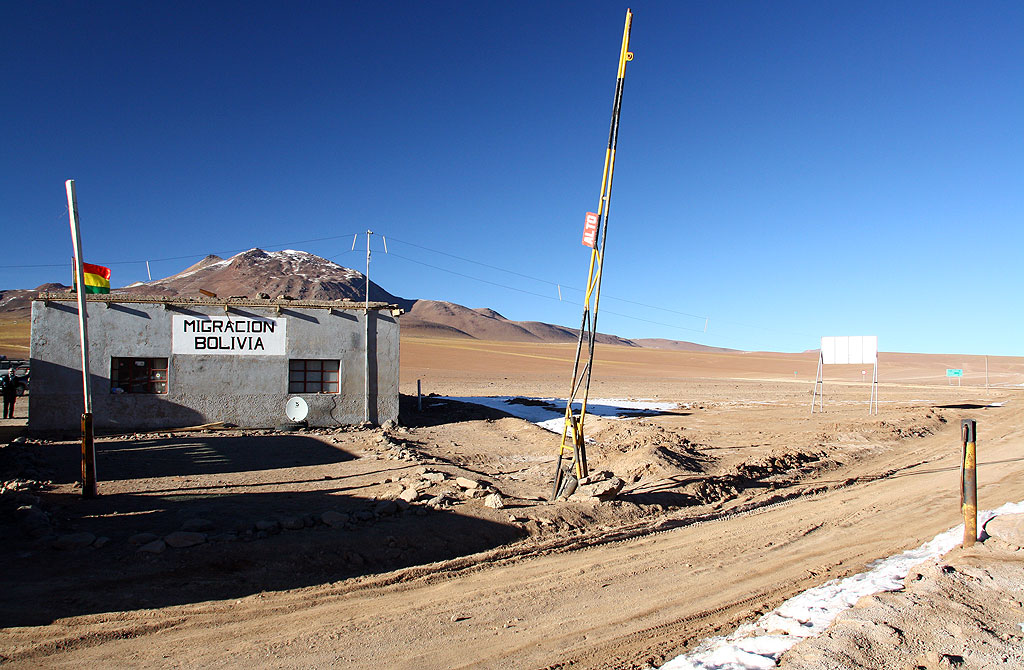 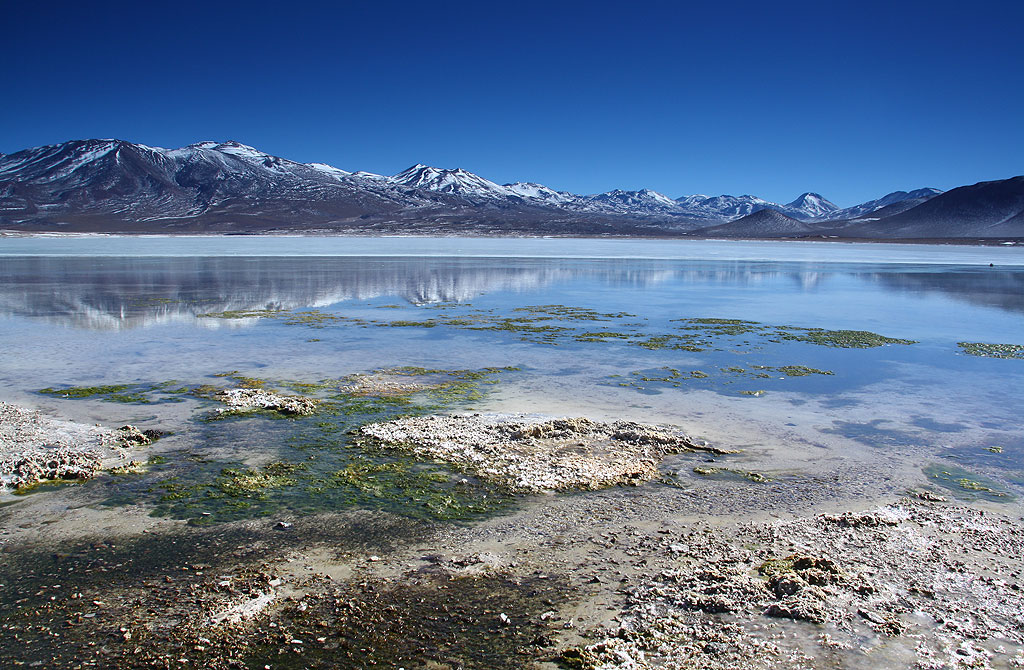 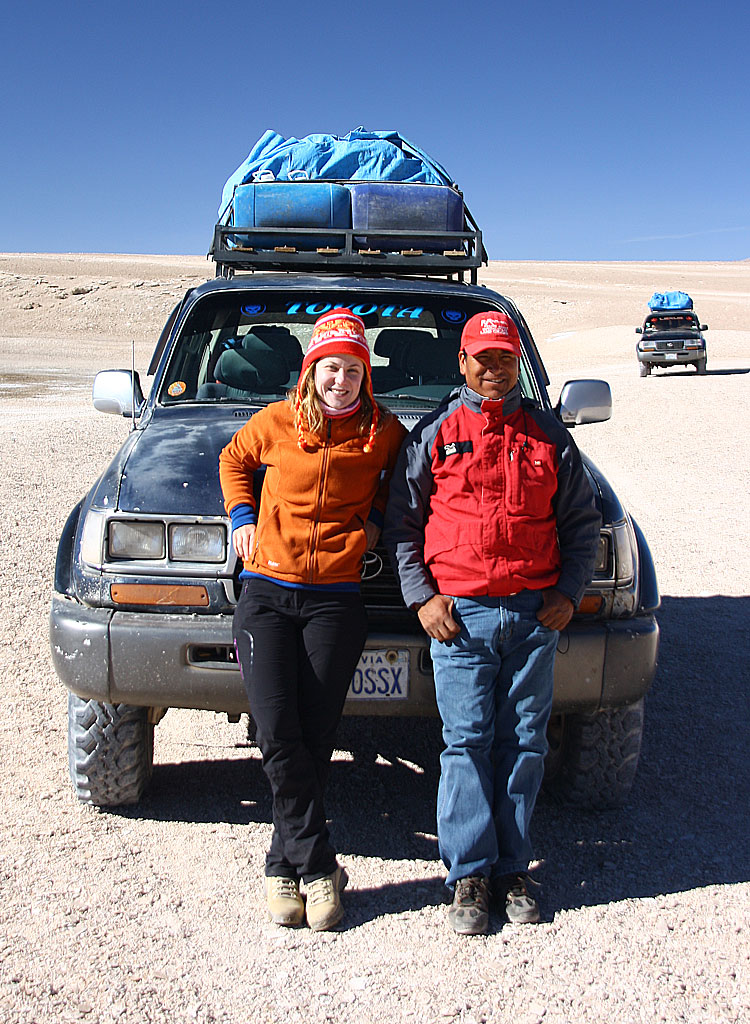 Bogna with our driver Felix. 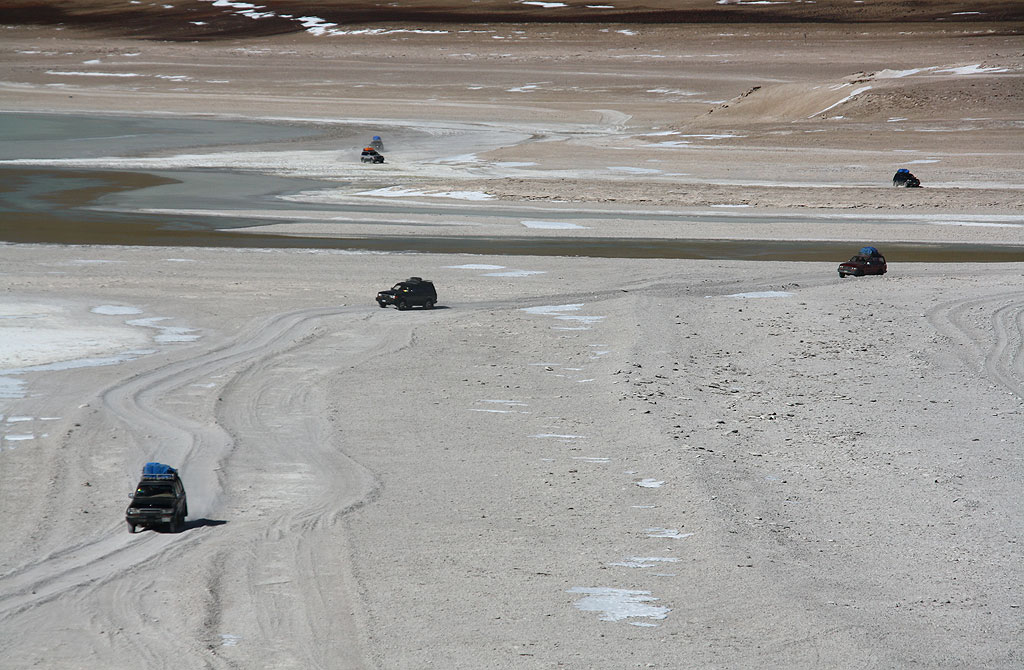 The snake of jeeps 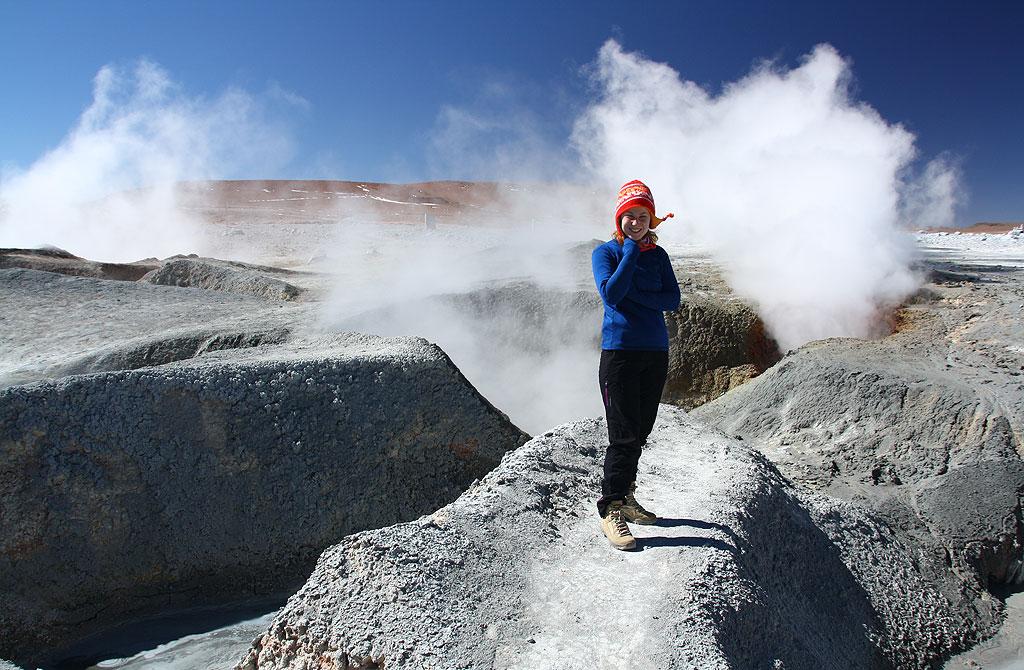 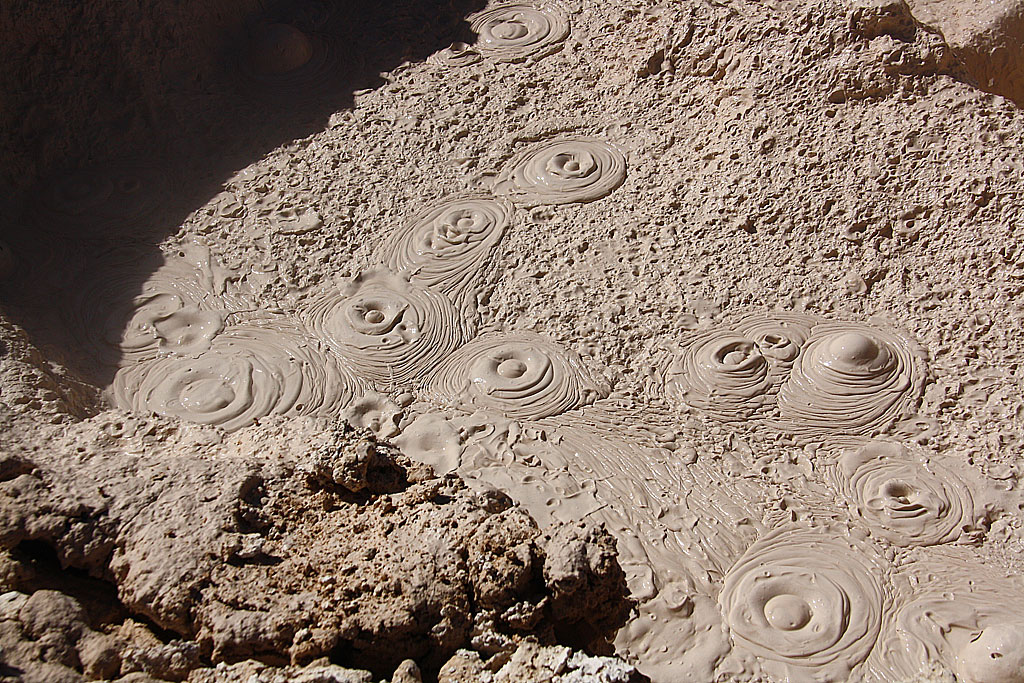 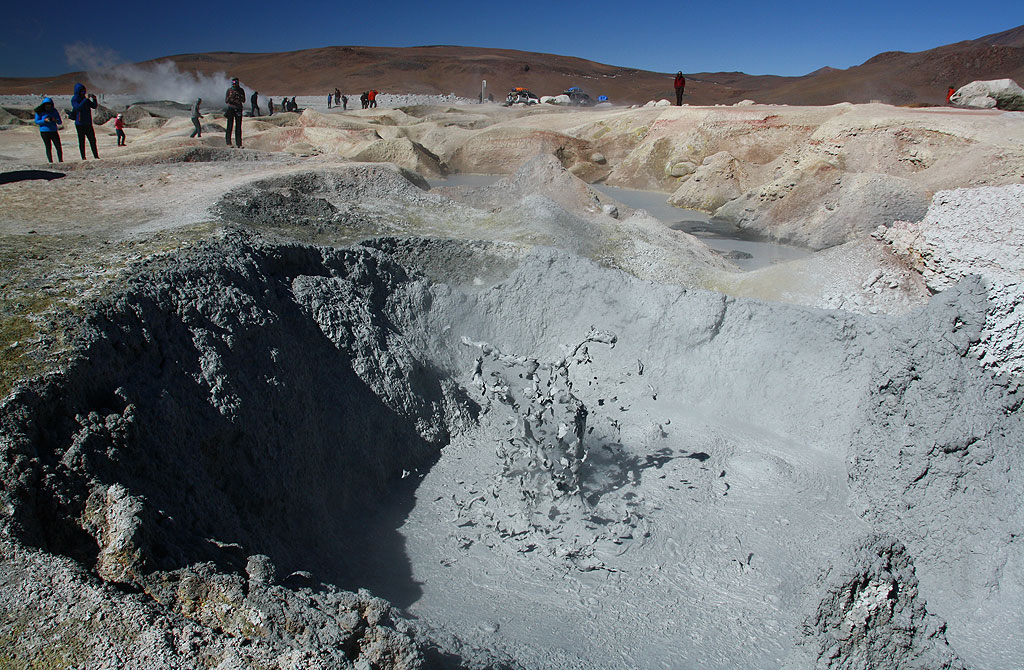 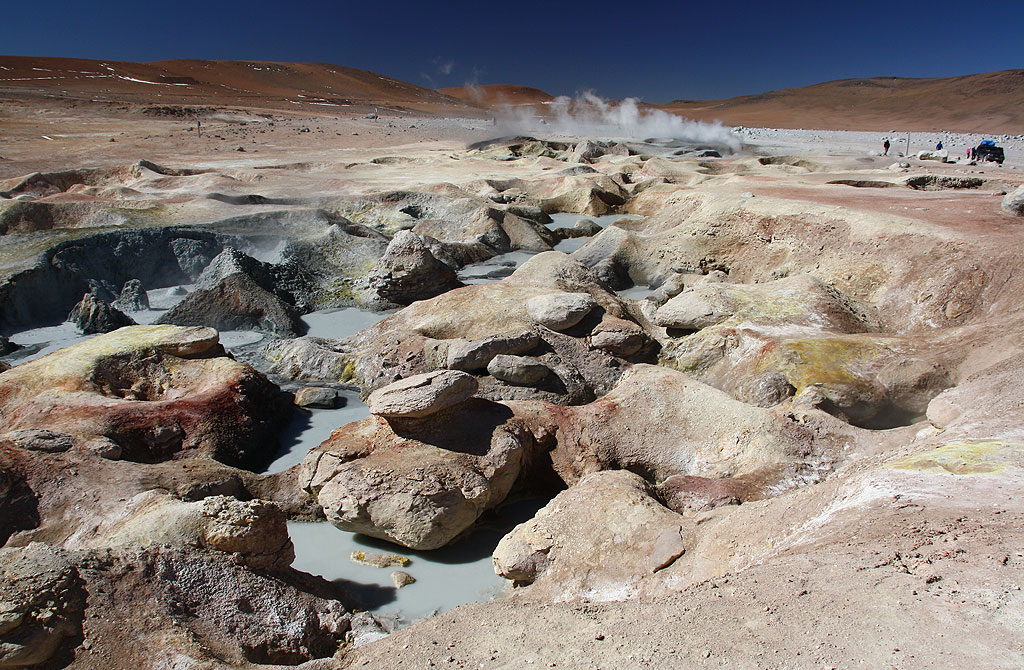 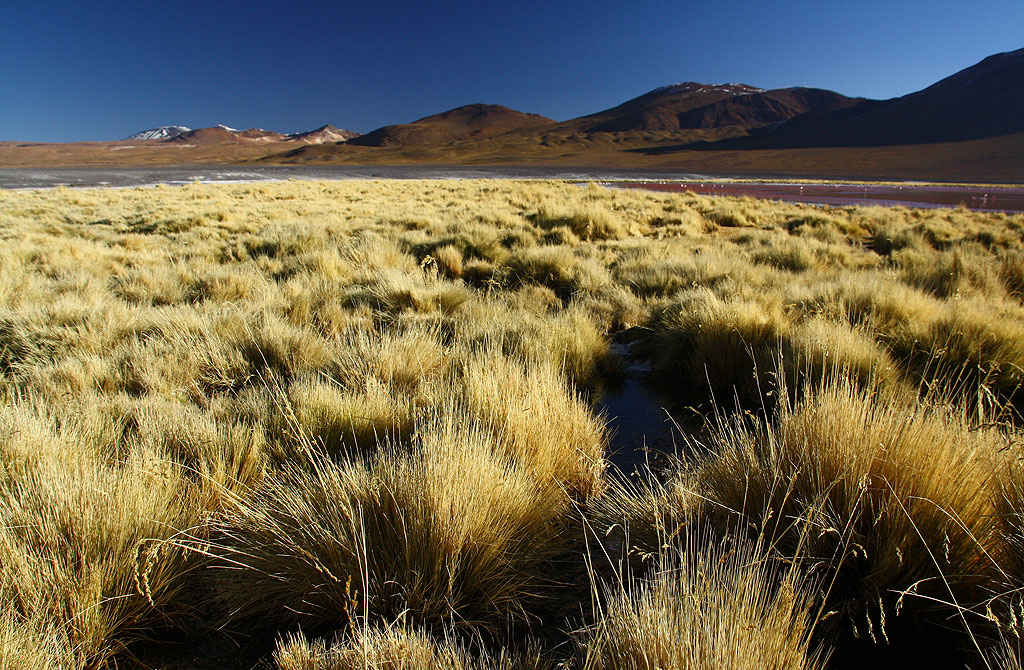 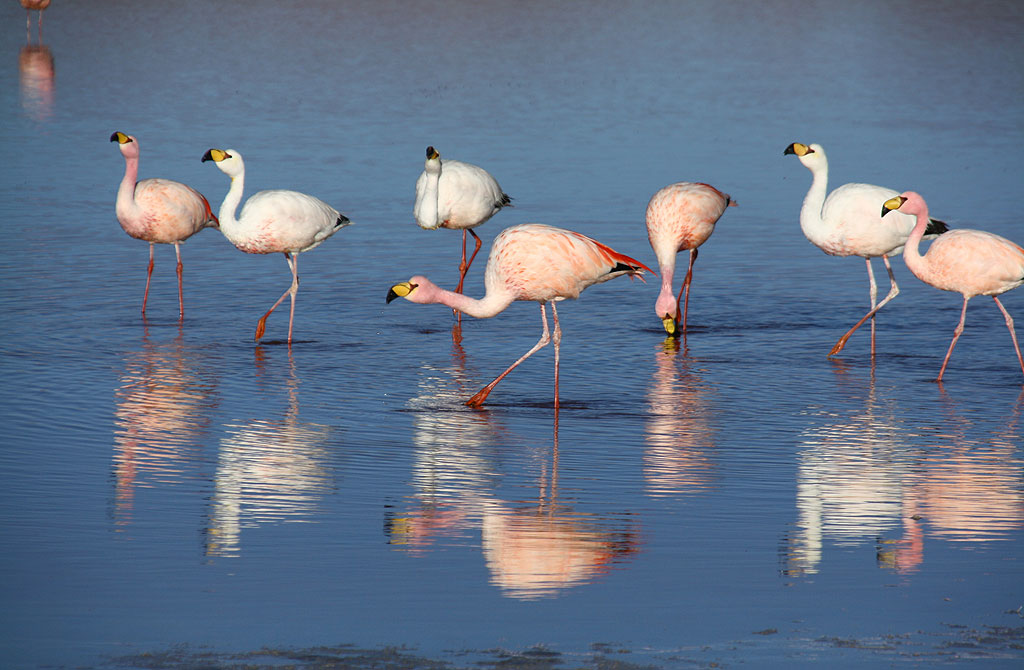 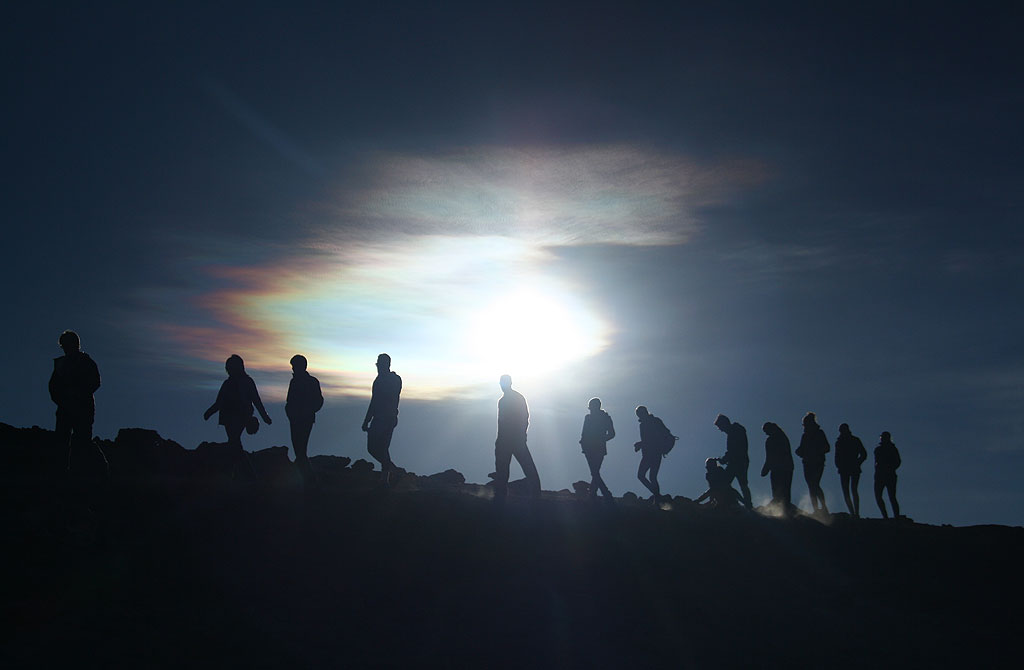 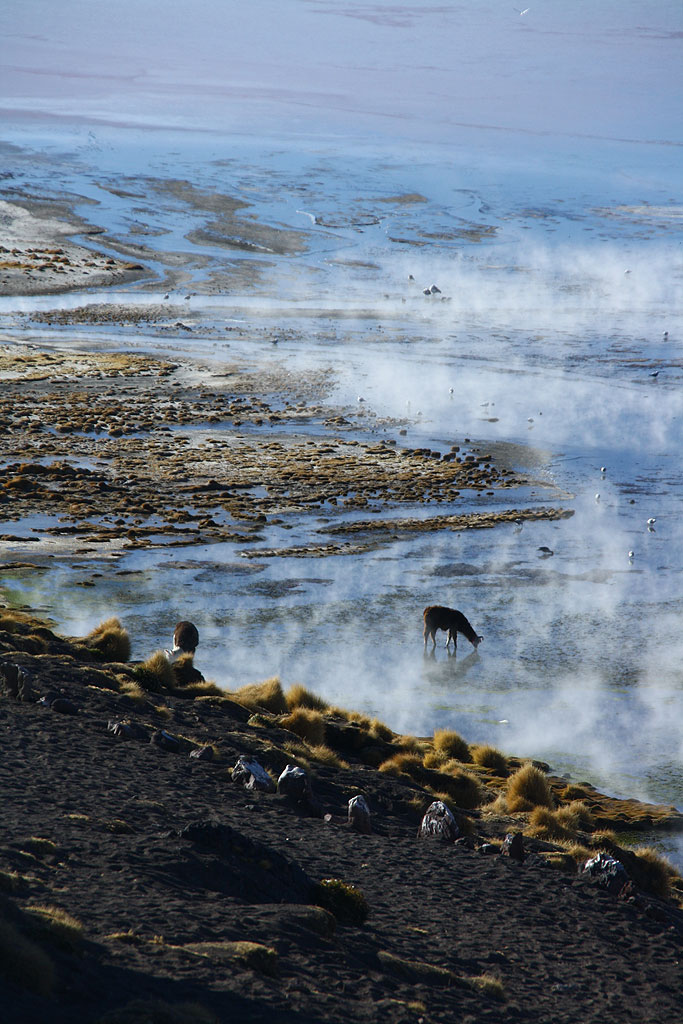 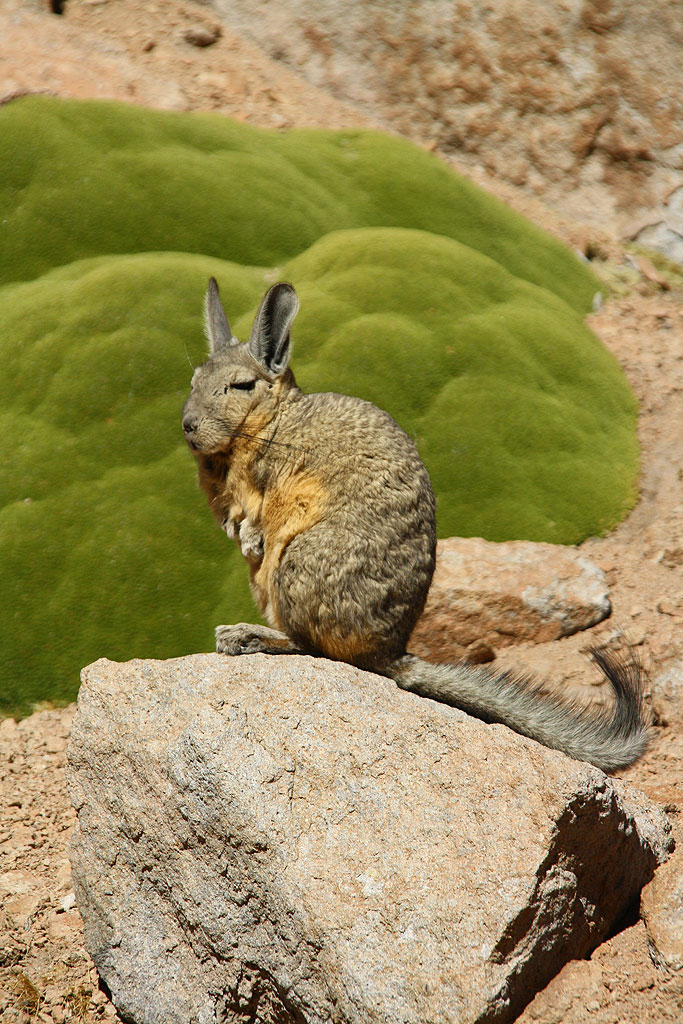 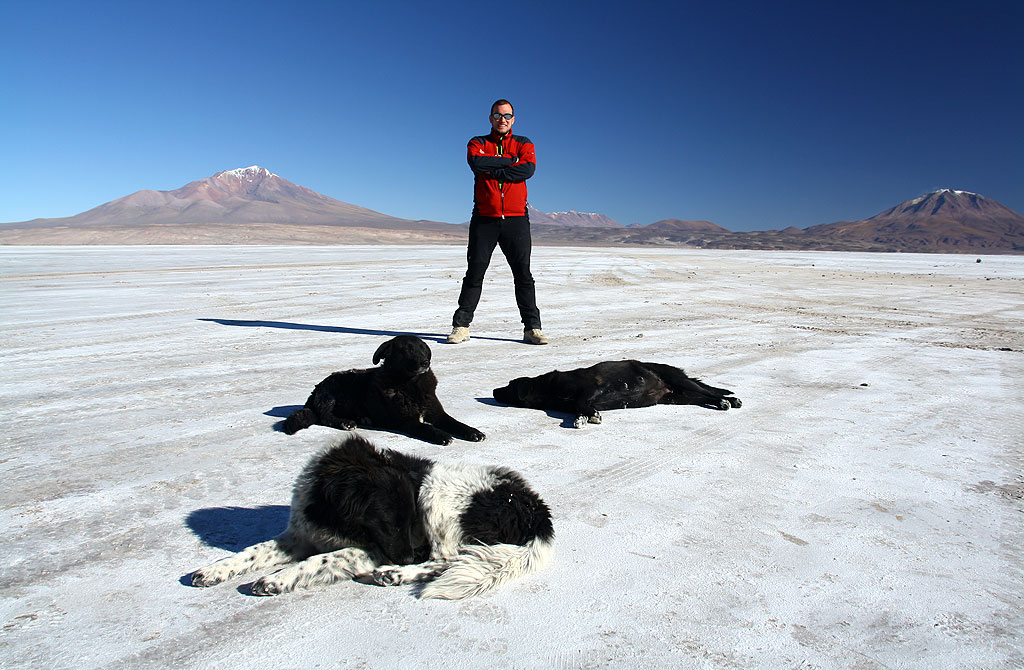 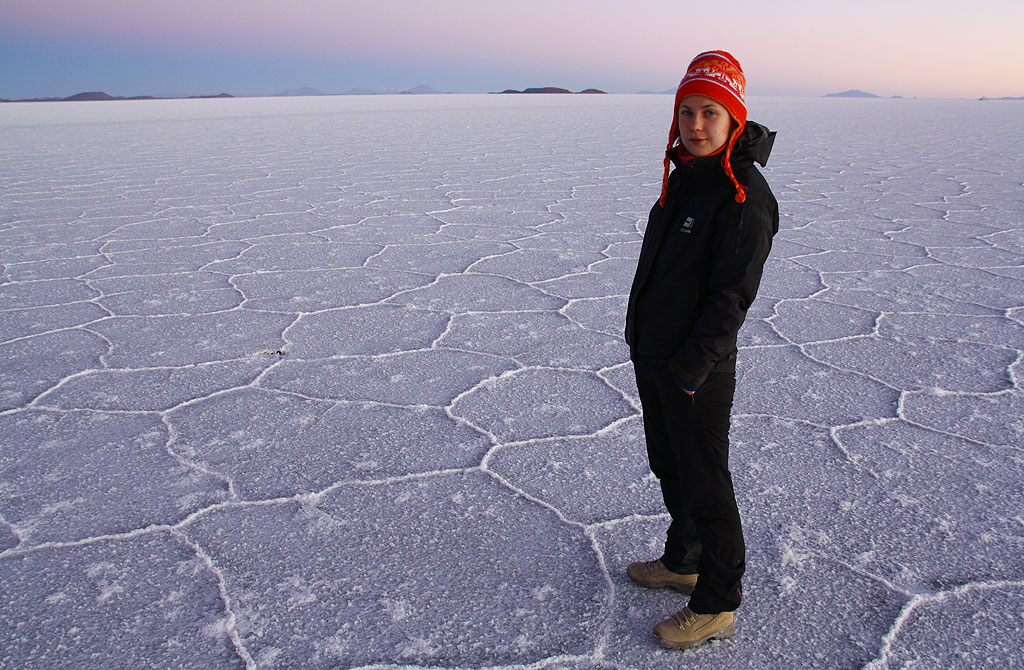 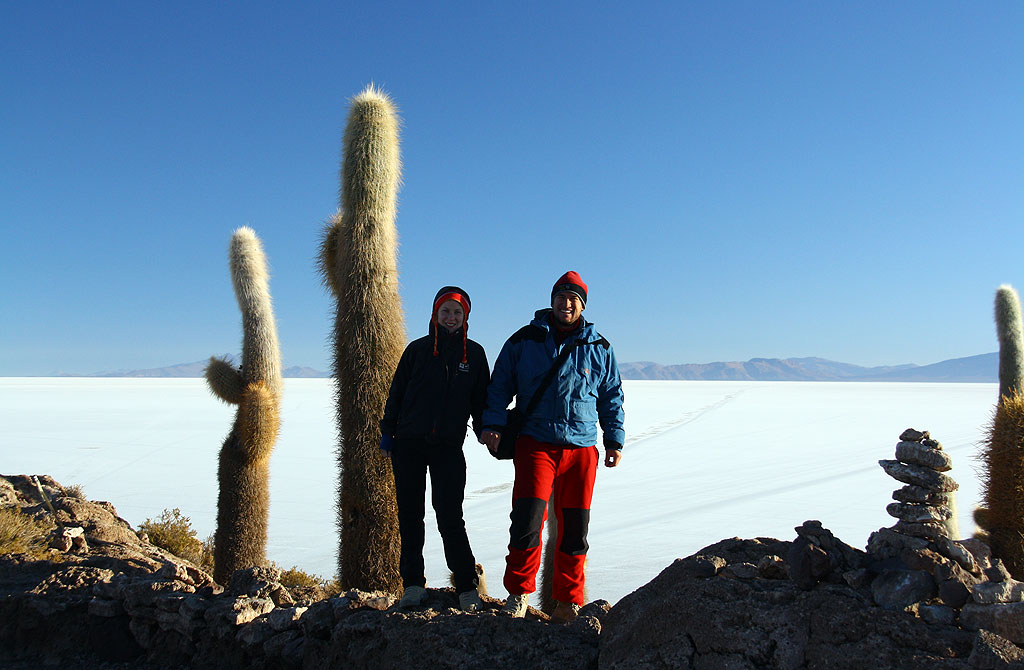 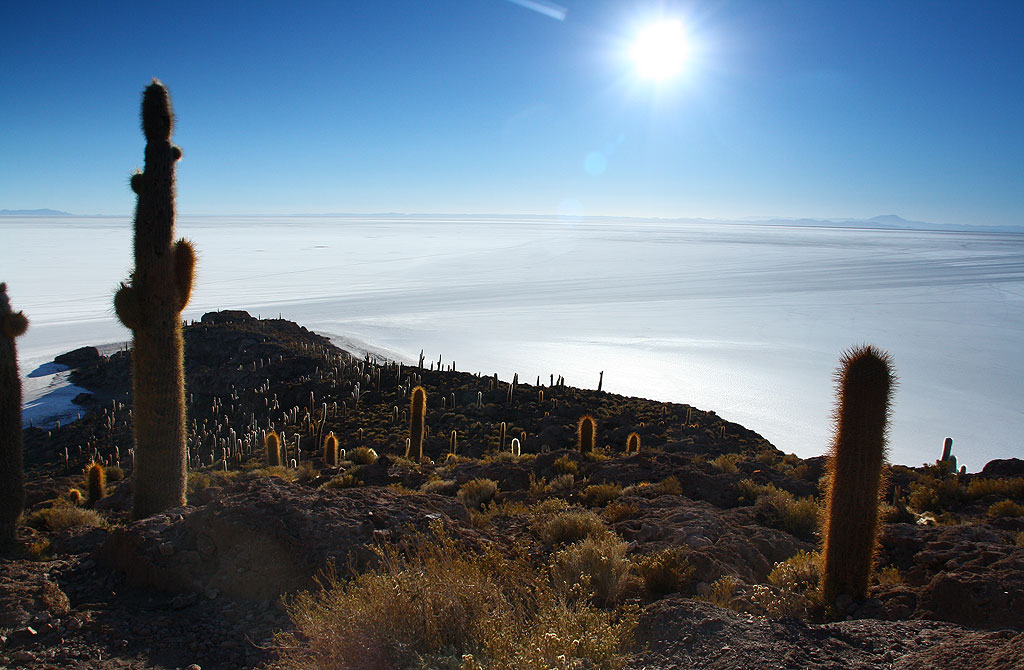 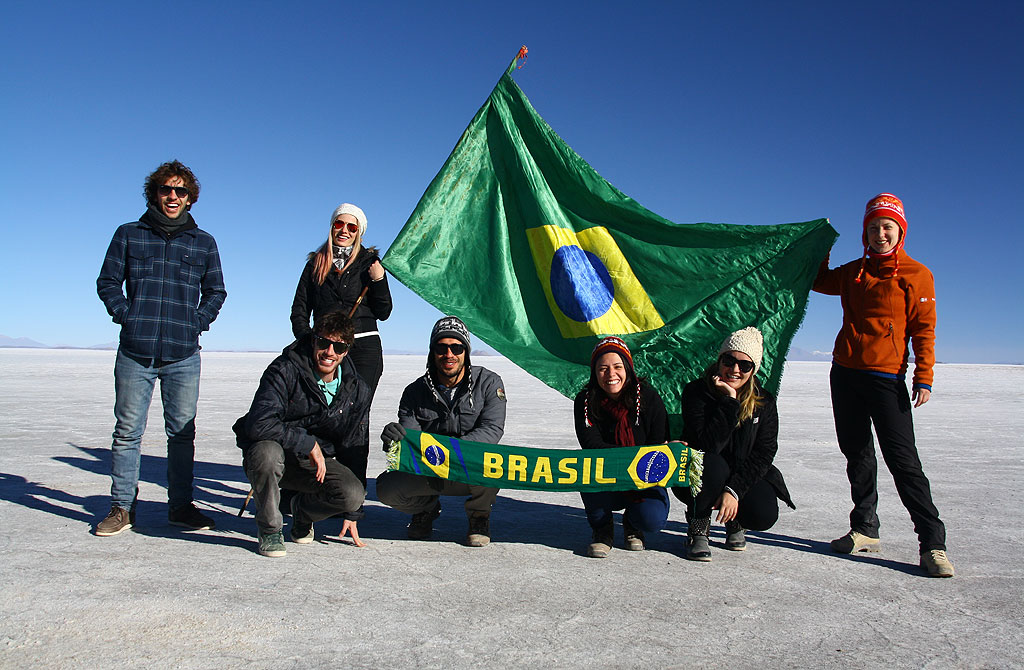 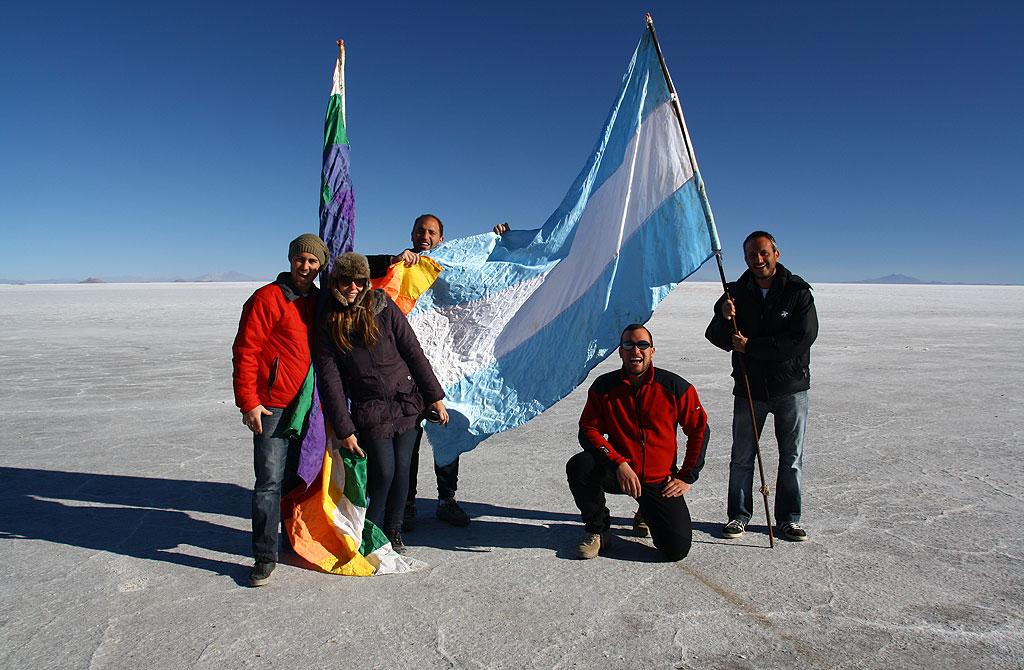 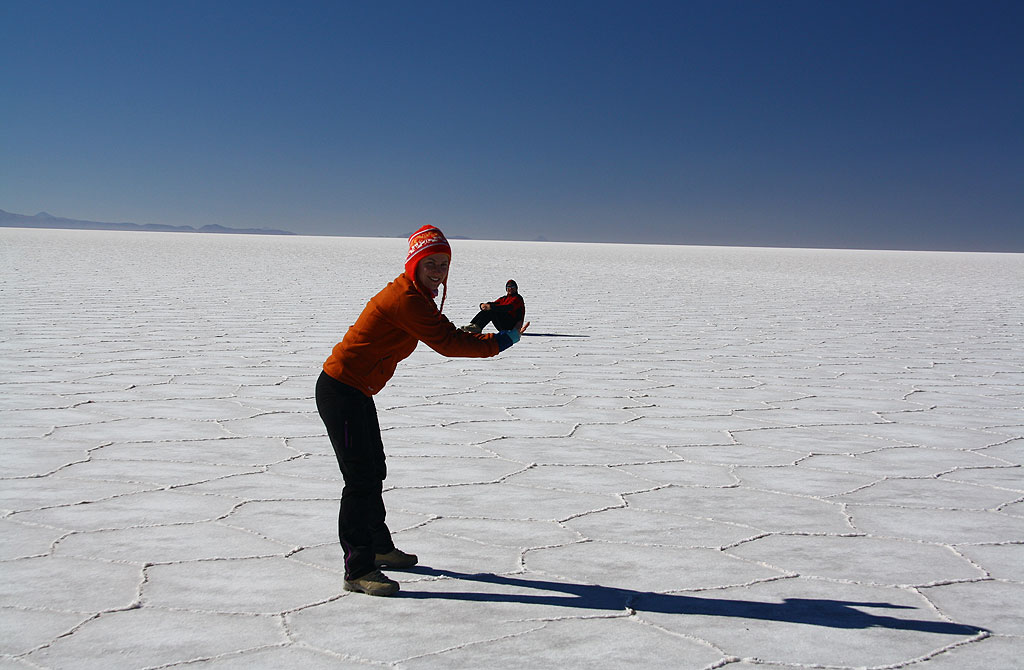 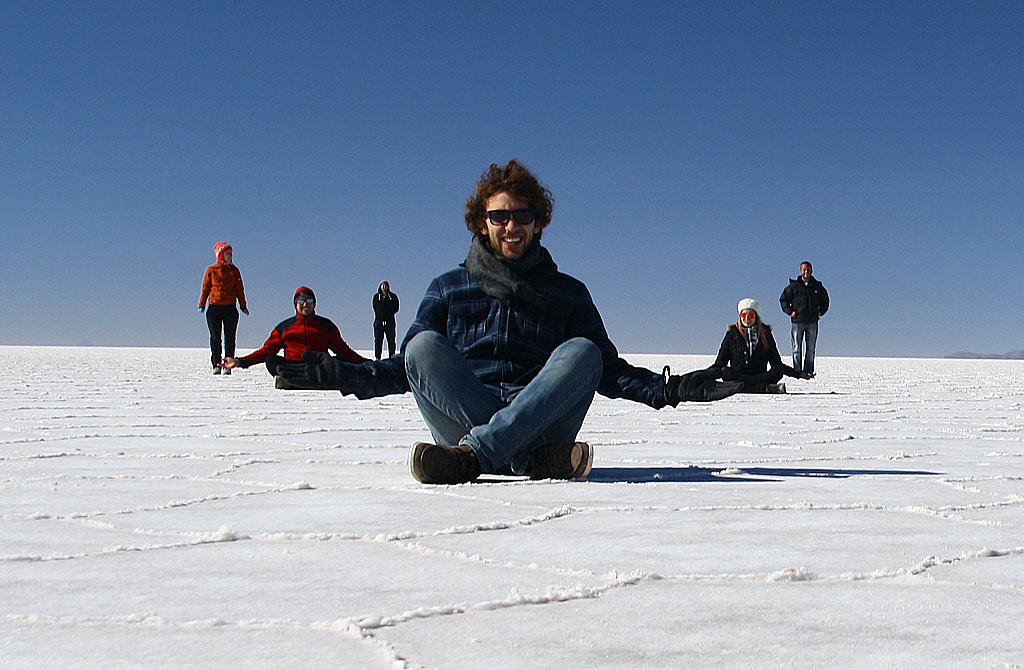 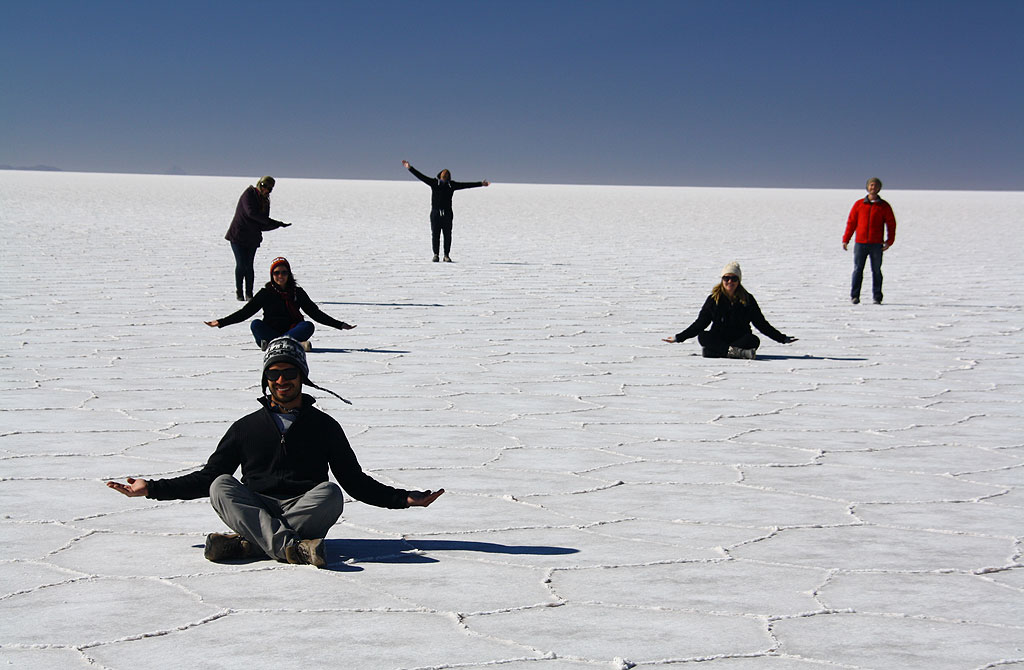 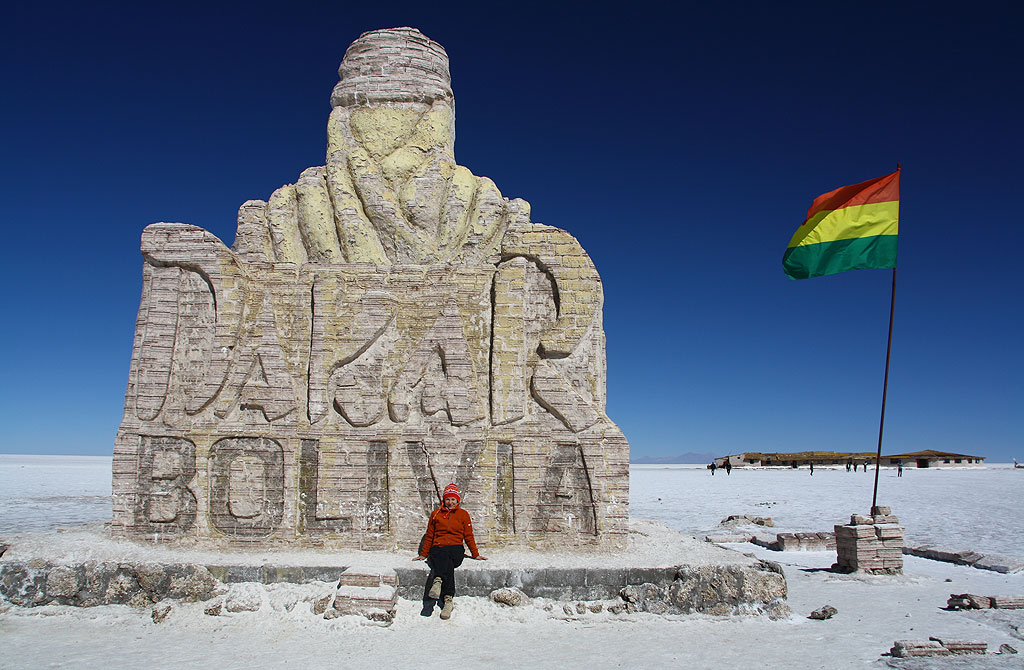 Cemetery of trains in Uyuni

4 Responses to The Tibet of South America